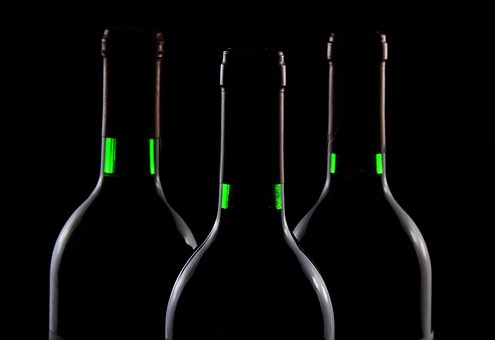 I recently came across some wines that surprised me; the surprise came into their intense aromas and fantastic mouth feel; those wines were the product of an exemplary blend of more than 5 varietals. The sommelier who advocated the wines noted that these were”premium wines” and I should not be misled by the term”Blended” being on the label. But, how did mixed wines become looked upon as poor wines?

It appears that perhaps a decade old law/regulation might have, and continues to, influence consumer’s perception of mixed wines. In a 2010 LA Times article on this subject, it highlighted a small understood regulation,”The law is intended to protect consumers, but one consequence is that it has generated several generations of American wine drinkers who believe that a varietal wine is obviously better than a blend. That’s certainly not true…” The real question may be: Who is the regulation really protecting? You see, a varietal name on a tag requires the wine in the bottle must be 75 percent of that particular varietal-for instance a Cabernet Sauvignon. Is the consumer protected in any meaningful way if a 75% varietal, or 90 percent varietal, or maybe a 51 percent varietal, is in the jar? Do consumers buy wine foremost for taste and aroma’s or varietal proportions? To this point it seems they buy for the varietal name on the label.

Another instance of puzzling regulations in the wine industry deals with the word: Champagne. Since 2005, it is prohibited for U.S. wineries to label any of their effervescent wine products as Champagne; can’t even call it California Champagne.

Varietal wines which fall within the 75% labeling regulation are made by wineries that want to reveal that the varietal name on the tag (because the title sells), e.g. Cabernet Sauvignon, Merlot, Zinfandel, etc.. Absent a varietal designation, customers will know it is a blended wine, which in most cases makes for a much better wine. Many agree mixed wines can be more complex, rich and balanced. Blended wines start with a very special profile in the winemakers mind. For instance, from its beginning, Raccoon Sounds is a wine from seven different varietals that are especially chosen and blended to achieve very particular odor, flavor, tannins, and acid and alcohol levels.

Regulations stipulating what makes a wine a varietal are random and not based upon fact or logic. Well, based upon regulation/law, it must be because Australia requires varietals to be 85 percent versus Napa varietals being 75%. The EU also needs varietal wines to be 85% from a particular varietal grape. This is a rhetorical question, but, does a higher percentage varietal make for a better wine? The answer is obviously –no!

The percentage amount to be designated as a varietal from the U.S. is a minimum percentage. States can go even further; in Oregon they have stipulated that Chardonnay wine has to be a minimum of 90% for a varietal label.

The 75% law for a varietal came into existence in 1978 and went into full force by 1983. Before 1978, the varietal labeling regulation was set at 51%. (A wine to be labeled as a varietal had to be at least 51 percent of that varietal grape.) Now, isn’t it interesting that it was changed from 51%? The next question is: Why would anybody want to change the varietal label regulation? Could politics have anything to do with this topic? Obviously, any varietal labeled wine may also be, and often is, a blend of up to 25% (75% varietal + 25% other blossoms ), but at 74% it is a mandated to be completely a blend. In the spirit of full disclosure to the consumer, why not have the TTB specify that all wines list all varietals in any bottle of wine; problem solved.

Whenever the government gets involved in legislating anything, like the quantity of ethanol added to gasoline or the make-up of wine, there are inherent political ramifications. Case in point, in 1982 the TTB (Tax and Trade Bureau of the Department of the Treasury), was lobbied to set rules to regulate approved names for grapes. This seemingly innocent proposed regulation generated more than 150 public comments from growers institutions, governments of France and Germany and lots of foreign wine producers that weighed into influence the TTB in their final rulemaking on grape varietal naming. Now, just the TTB approved grape names may be used to denote varietals on labels. But there were certainly a lot of interested parties globally becoming a rather straight forward process.

If you read through TTB public opinions on any wine related proposed regulation, they say the thrust of the efforts is”to protect the public from fraud”. How is the public protected, for instance, when varietals and blends do not show all the proportions of wines which go into any bottle of wine? It just appears to be hypocritical and random relative to the overriding”75% law” on varietal labeling versus only blended wines. Taking a look at the people and entities that weigh-in during public comments for rulemaking problems, we find they come from politicians, growers, wineries, foreign governments, trade groups, and distributors while very few if any come from the general public. Remember, the general public is the ones regulations are supposed to protect. Rule #1: If it isn’t broke, then don’t fix it.

So what are some of the reasons for wine regulations on labeling?

· To protect the general public from wine fraud.

· To protect wine entrepreneurs and their brands and even terroirs.

· Give protection to growers, vineyard wineries and owners relative to their brands and plants.

· Recognize political issues at the state, federal and global levels.

If any of us question the financial pressures inherent in regulations, I bring up the ethanol industry as mentioned earlier. Without ethanol blending regulations established by the Feds corporate earnings would be impacted. We have ethanol in fuels today.

The underlying question in this discussion: Are consumers better off using the 75% varietal label regulations versus, say the older 51% regulation? There must have been a reason to increase the percentage part regulation; but I can’t find the answer to this somewhat rhetorical remark. My personal perspective is: wine drinkers will naturally gravitate to what wines are most enjoyable to them-blended or varietal. After all, most all wines are blended anyway, to varying degrees. Even all 100% varietals are not created equally; a Cabernet Sauvignon from two different wineries will be totally different. Contemplating terroir, oak barrels, time in oak barrels, yeast used in the fermentation process, classic, organic/non-organic, etc., two wines in the same varietal at 100% are different.

“A person with increasing knowledge and sensory education may derive boundless enjoyment from wine.” – Ernest Hemingway